An economic recession is simply defined as a significant decline in the economic activity spread across the economy that usually lasts more than a few months. More economically speaking, a recession is a decline in a country’s Gross Domestic Product or a negative real economic growth for two or more successive quarters in a year. The latter is a widely known definition of recessions as well as a widely-accepted one.

A severe or long recession is referred to as an economic depression. A devastating breakdown of an economy (essentially, a severe depression, or a hyperinflation, depending on the circumstances) is called an economic collapse.

Is Malaysia heading towards a recession? We’ll never know until it happens.

The reasons behind economic downturns remain largely unsolved. However, there are several traditional explanations to the phenomenon.

The traditional explanations postulate that recessions are caused by events that have an economy-wide impact, such as an

Caused by events that hurt particular firms or industries

Economic recessions can be caused by events that would have an impact on specific companies or industries. For instance, a major innovation can adversely affect some firms, causing them to reduce production. This would in turn lead to a retrenchment of workers. On the other hands, positively impacted companies would need extra hands and seek additional workers.

It naturally takes time for the displaced workers to find new means of employment. During this phase of “reallocation” a situation of recession may occur.

What happens during recession?

During a recession, there is a general trend of rising unemployment rates and decreasing overall output. With fewer people contributing to the economy, the overall economy is bound to be affected. Income growth would be stalled. While there would be more people in the market looking for employment, the demand for recruiting people is far lesser.

When people are earning lower incomes, their spending power decreases. As such, there is a reduction in spending. Businesses are limited in their ability to pass along any increases in expenses in the form of higher prices. In order to move goods off the shelves, businesses are more likely to reduce prices. This eventually causes deflation.

With prices drifting downward and commodities becoming more affordable, consumer spending will once again kick off and increase. The increase in consumer spending, over time, leads to an increase in industrial production. This in turn improves corporate profits leading to increased employment and improved earnings, etc. This is how the economic cycle takes place. 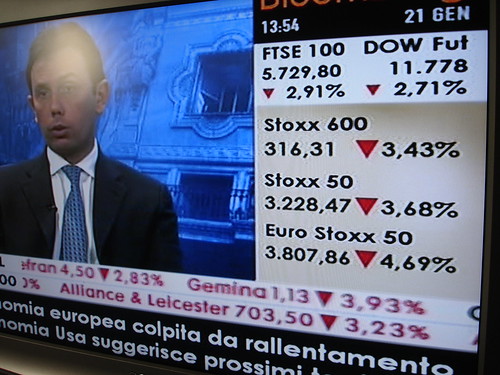 People are generally conservative during recession. Those who lose their jobs because of recession start selling off their investments because they need money to sustain while they get another job. The increased number of people selling their stocks causes the stock market to fall sharply

During a recession, people turn to fiscal conservatism. This affects the real estate industry as well, as there is lesser demand in the real estate market. People put off buying and selling of property during the periods of economic recession. Another scenario is where the increasing levels of unemployment during a recession cause affected homeowners to sell their home to accommodate changing job demands.

On the other hand, because of the higher supply of houses on sale as compared to the low demand, an economic recession will forcefully reduce the selling prices of homes. As such, the economic recession has a positive impact on potential homebuyers. This is also because there are lower mortgage rates that are caused by changes in interest rates.

How A Recession Impacts Your Daily Life?

2. Can’t afford to pay back your mortgage

A sudden loss of job can cause retrenched employees to experience a negative monthly cash flow. A similar situation can also happen if your employers go bankrupt suddenly. Arrears on mortgage can also causes homes to be auctioned. In a worst-case scenario, sometimes, even after the homes are sold forcefully, people still owe the bank, money.

High exposure in equity will result in a sharp fall in the stock market. When people are Investing too aggressively in a bubble economy, it is extremely risky that one day your stock portfolio just shrink 50% within a few days.

How to prepare for recession?

Create a worst-case cash flow forecast. Predict how bad it could be if you lost your job or if your business dropped in sales by about 50%.

2. Build up an Emergency fund

Prepare an emergency fund with enough money to cover at least 6 months of expenses.

3. Have a consistently rebalanced investment portfolio

This ensures that you lock the capital gain of certain asset classes when it is booming.

4. No matter what field of your profession, always strike to be the best

Always strive to be the best. Avoid becoming redundant or “fat” in your company. If you do not prove your worth, you will be the first to be led to the exit door during a recession.

Please beware if you are in a business that serves just 1-2 major customers. You will be at a great risk during a recession. For employees, work out some forms of alternative income besides the main employment.

6. Know your funding sources and manage the relationship properly

Another way to prepare yourself for a slowdown is to know your funding sources and manage the relationship properly. Remember, when funding sources tighten they do so selectively and this applies to their sources of business as well as the credits.

7. Learn to live on less than your income

You may see pay cuts in your job during an economic recession, so look now for ways to trim your budget as much as possible.

8. Last resort – compromise on your lifestyle

When everything doesn’t seem to work out for you, go for the last resort: try reducing your lifestyle dramatically. Sell that luxury car. Move to a smaller house. Cut down on expensive dining.

Cash is king during recession. It is only in your best financial interest to acquire assets (stocks, real estate) during a recession. 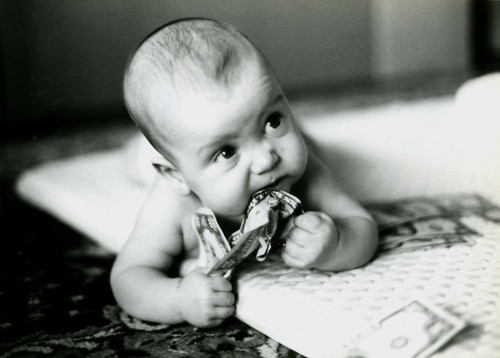 Changes in interest rate levels are made by the central bank regulator (Bank Negara, Federal Reserve etc) as a way to regulate the economy. In a period of economic downturn, interest rates are reduced in an attempt to revive the economy. This is because reduced interest rates are usually attractive to businesses and for people who want to borrow money or refinance existing loans at a reduced level. Consequently, lower interest rates will result in lower mortgage rates, which produce monthly mortgage payments that are advantageous for home buyers.

There is a possible recession looming. Some people will be harmed and subsequently, the economy will be blamed. They are probably right now maintaining the status quo and simply hoping it doesn’t happen.

Prepare now and you will find that you will not be affected very dramatically. This will leave you in a better edge. Preparation for a recession will enable you to react to changing times and take advantage of select opportunities. 31 replies to "How Recession Happens? 8 Tips to Prepare for it!"