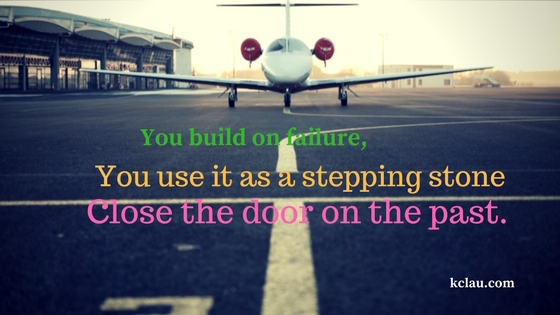 We have a reader today who has been flying high and enjoying the luxury of 5 figures salary. P Ishak no doubt thought he was doing ok and considered himself financially strong as he was withdrawing a high salary since young age. Little that he knew that being rich has little to do with how much you earn if you do not manage it well.

Let’s find out, how could he went wrong as he is very kind to share his real experience about managing his money.

My story started of quite ordinary. My parents are in the upper-middle income class. My father saved money religiously. I remembered any single purchase the family made was such a stressful experience. Money was treated as a scarcity.

My father,  being a Captain in Malaysia Airlines was retrenched months before his retirement age and he came to a lot of money from the package. But the funny thing was that he always talked about splurging for this or that, or to give to this or that charity but never did. H was always in a state of insecurity that everything he built (or rather saved) could be taken from him. So he went to work some more, for companies with later retirement age.

My father helped me to become a pilot when I was 23, and I started earning a lot. Upon confirmation as a confirmed staff, the airline backdated my pay when I was a trainee, I received a lump some of about RM35,000. I have since taken home 10-15k a month and now I’m 25. I thought with that I would be rich.

Too Much To Handle

I’ve been told that my wage is at the top for my age, but I never felt like it. I just couldn’t afford many things, even when I did overtime. One day I did a surgery and went off from work for nearly two months. My pay was halved because I was paid mainly in productivity allowance. So I worked over time for more pay and was eyeing on promotion. I thought I was close to it, and disappointingly the promotion scheme was changed and suspended at the time. I worked so much, had no life and it came to that.

Someone gave me Kiyosaki’s ‘Rich dad’s guide to investing’ and it was an eye opener. I didn’t know rich people played the game with a different kind of strategy.

The word leverage sounded pretentious to me before, now I’ve appreciated its meaning. It isn’t just about taking loans, but about putting your self in a position where your own effort/capital/time is multiplied many times over, by devising the proper strategy.

My financial journey started out painful, but it was a painful experience that I learned from. The pain motivated me to think hard, and realize I don’t want to leave my fate to other people, namely a company.

I know now that there are three things that I learned in life:

1.A high pay isn’t the answer to wealth. Many of my colleagues who are paid highly are struggling financially. We can’t neglect our own financial education.

3. A plan and a strategy is important. We can’t just hope to get a high paying job and assume everything will come into place.

P Ishak has shared us his experience. We believe many of the readers have something to say about their own experience and share their views. Tell us what you think the comment below, and if you would like us to share your story, please email: kclau@kclau.com

guestblogger
« Previous Post 4 Factors to Consider before Investing in Unit Trusts Next Post » Why Maybank 2 Cards for my Business and Personal Usage?