Why or how do people become bankrupts? Obviously these people have a debt management problem. Personally, I believe problems dealing with debt or money stems from not having proper knowledge or education on money management. Put simply, due to the lack of financial literacy.

We currently live in the Information Age where news and information travel lightning fast and knowledge can be found at our fingertips just by tapping to the World Wide Web. Anyone can expand his knowledge or education if he takes the initiative and make the effort to do so. Financial knowledge is especially important as it has a significant impact on a person’s future wellbeing.

Nowadays, people are generally aware that good money management is important for personal success. Parents are teaching and imparting useful money lessons to their children to ensure they have good money habits. From exchanging ideas and communicating with other people, I have come to the conclusion that generally people have a good basic knowledge of proper money management.

For example, saving part of their income, investing their money to get a good return, living within their means, having multiple sources of income, etc. However, as enlighten as we are about money, we still mismanage our finances. In Malaysia, the number of bankruptcy cases continues to rise instead of going down. In addition, the debts involved are also bigger. From January to June this year, about 9000 borrowers who declared bankruptcy accumulated about RM12.4 billion of bad debts. This figure has surpassed the amount of bad debt incurred in 2009 where 16,228 individuals racked up RM9.28 billion of debts.

The bankrupts include those who defaulted on housing, personal, vehicle and business loans and also on credit card payments. Believe it or not, the current year(2010) statistics show that about 500 people are declared bankrupt monthly due to unserviced car loans. The figure is higher compared to the average of cases in 2009 (330 cases a month), 2008 (227 cases a month) and 2007 (265 cases a month).

Does a person’s age play a role? The older you get, the better you become at managing your money and debt, right? Wrong! According to the data provided by AKPK and published in the September 2010 issue of Personal Money Magazine, people over age 30 and 40 are more liable to having debt management problems compared to their younger counterparts.

I have come to the conclusion that a person can become a bankrupt due to various circumstances and not just from the lack of financial knowledge alone. For example, the circumstances can be the lacked of knowledge or experience, an investment or business gone badly, ill health, a job loss, the death of a partner, etc. It could be one or a few negative circumstances happening simultaneously.

What are your personal opinions on why people become bankrupt? 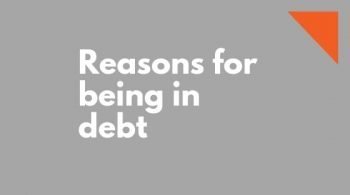 1 Response to "Bankruptcy: Not a Personal Choice"