There are seven reasons why I stand bullish on Cyberjaya:

Fist is it’s government-backed. Whenever the government initiates any plan or project, that initiative will never fail. The government took a very important step, which is providing apartments to civil servants. This is an excellent initiative.

Second are the investors. Who are investing in Cyberjaya? These are the Chinese, the Malaysians, and the Japanese. The Japanese are coming in huge waves because of their having pulled out of Thailand due to uncertainty with the flooding situation, which the Thai government has not been able to control. They have moved to Malaysia, which I think is a very stable country because the government is focused and investor-friendly.

Third reason is because of the Cash Savings. Most of the investors coming to Cyberjaya are actually quite rich and are buying all sorts of property. Yesterday, I was talking to someone who said she bought two units close to Mirage by the Lake. Mirage by the Lake is a very good project by OSK.

Fourth is the Sovereign Wealth Fund. In the next five years Sovereign Wealth Funds would be driving the global market. In Iskandar two giants have taken position which is the CIC of China and the Temasek of Singapore. Sovereign Wealth Funds like the Khazanah, CIC, Temasek, Qatar Investment Authority take a long-term position. When these funds take position in any company in any region, you know that it’s a long term initiative – like five to fifteen years. So, Khazanah with UEM is quite involved.

Last and the most important reason is that the VSP (Value Selling Proposition) for this area is the KLIA 2, which is just twenty minutes from Cyberjaya. Foreigners love it when airports are close to their workplace. With the KLIA 2 coming, it’s very convenient for foreign workers who are already here. And it’s very convenient for companies who want to relocate their employees to this area. Also, most decision-makers are always travelling in this region, so for them, hassle-free travel is quite a big draw.

For Premium Webinar Members, you can watch the recording of the full session here: 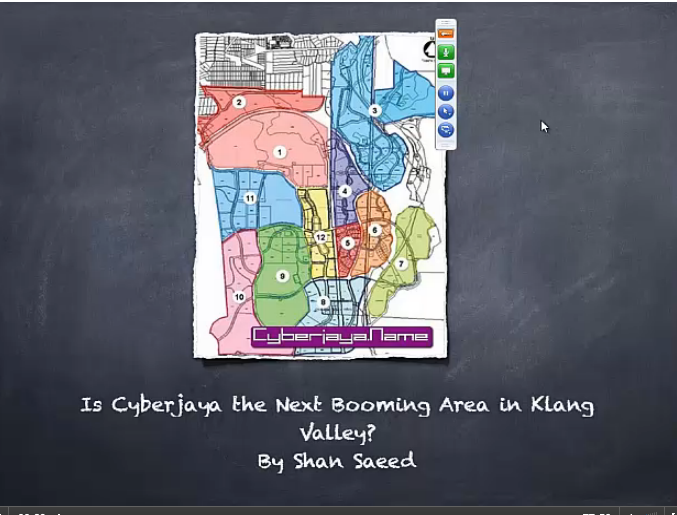 « Previous Post Tax Exemption on Leave Passage (Vacation) for Staff Benefit Next Post » Save Money – Grow Your Own Food!