Family Businesses are very complicated and they are a few key concerns among them when passing on their wealth to the next generation or generations to come. One key concern is on their asset protection, they want to know how to ensure that how do they protect all their hard-earned money. One concern is adverse claims.

If the founder passes the wealth or business directly to the child’s name, normally businessman hope that their sons or daughters will inherit some entrepreneur genes. Being entrepreneur means that their children are dynamic, getting into business ventures, always looking out for business opportunities and giving out personal guarantees for loans and if in the event if there’s an adverse claim, everything in the child’s name is subjected to creditor’s claim. It can also be a child that’s practicing as a professional, for example a specialist and due to negligence, the child caused a death of his/her patient. Now, the claim will be severe and running into millions. So long as the child owns the asset, it’s subject to claim due to negligence. Or in the event the child is driving and accidentally knock into someone and this accident victim happens to be someone of high potential, the claim can run up to millions.

So long as you have asset is in the child’s name, you gift it to your child during your lifetime or you pass it down through a will, that asset in your child’s name, it’s subject to adverse claims. We won’t know what will happen.

Claim arising from marriage. There’s a saying, “The best of children also can make a bad marriage.” Divorce rate is getting higher and higher. Divorce distribution formula is different in different country, depending whether the country has “inheritance concept”, means the inheritance is not counted in as asset accumulated during marriage. Some country, they look at what has become family asset?

The recent huge settlement divorce case has rocked Hong Kong, Florence Tsang Chiu-wing received more than HKD $ 1.2 billion as part of her divorce settlement after splitting with her real estate tycoon ex-husband, Li Kin-Kan. A quote from CNN says Florence’s case seals Hong Kong’s reputation as Asia’s divorce capital. “This suggests that the way local court rule, if your loved ones are loaded, you can expect to live large and leave large. “ 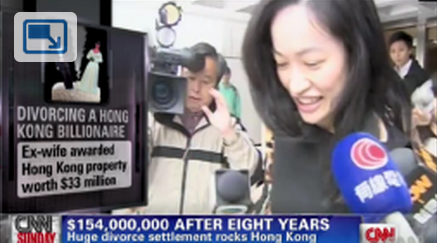 The divorce pay-out represents 20% of his asset and it’s the “sharing principle that guaranteed the wife’s settlement.

This concerns a lot of people especially the founder of the business saying this is my wealth; I worked hard and accumulated all the assets. I then give this asset to my son and the next minute, my daughter in law gets a divorce with my son and she gets a portion of my asset. How can they protect against this claim?

The next concern is country and political risk. Some business owners concern that if all their assets are within one country, it’ll be riskier. Basically, they don’t want to put all their eggs in one basket. They would like to put some of their asset outside their home country, spreading it out in a different environment or country, just in case anything happens, just like what happen to Indonesia a few years ago. Country and political risk is something very out of our control.

Some families are worried about spendthrift children or grandchildren. They hope to set up certain structure to protect their children against themselves. Let’s say the child is a gambler, we all know that the parents can give and give and everything is gone because gambling is a bottomless pit. 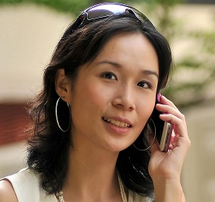 Evanna Phoon is a dynamic & technopreneur  owner of www.MalaysiaWills.com, a Senior Franchisee of Rockwills International Group & as-Salihin Trustee Bhd. In March 2012, she partnered with KCLau and REVOLUTIONIZED the entire financial planning industry to become the FIRST & ONLY Malaysian to use WEBINAR Series to provide FREE education to the public at www.malaysiawills.com/FREEWebinar
She is actively recruiting professional firms to join her team. To find out how, visit  http://malaysiawills.com/recruit