Of all the things in life, planning ahead in your career path is one of the most difficult tasks ever. “Where do you see yourself in the next five to ten years?” – You probably get asked this question a lot. Have you ever wondered how many times you will change careers before you have finally settled down for that one job?

If you are like the average person, you would have changed your job at least twice in your lifetime. Making these crucial transitions in your career can be attributed, in part, to the amount of long term thinking that you have done regarding your life, career, and how you want to spend the rest of your days. 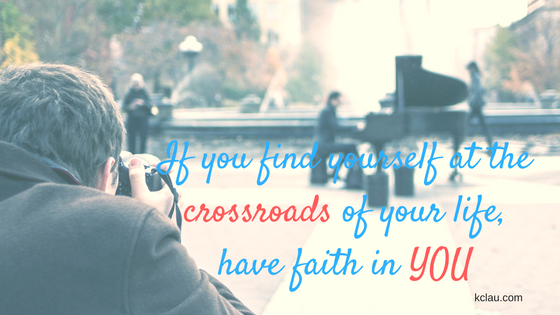 Let’s take my story, for example- someone began to start making a living from music since I was 17 years old. Working as a piano tutor helped pay my SPM examination fees, pocket money, and other tidbits of expenses. I began playing the piano professionally at a 5-star hotel lounge since age 22.

Being a café keyboardist and vocalist was fun initially. As a bonus, it paid for my degree in Aeronautical Engineering and it also funded my passion in making music.

However, when it came to finally releasing my music under a record label, the path was not as rosy as one might have anticipated. I cut two DIY CD albums, got a thousand copies printed, yet were still left with a few hundred copies of the album in my house.

I actually had fun with music, yet my problem remains that I did not think of the long term.

I constantly questioned myself about where this path would lead after say five to ten years, maybe twenty. It is, indeed, great to chase one’s dream of becoming a famous artist one day. The name and fame are very lucrative prospects, yet the uncertainty lingers in the industry. Not only does it require hard work to become a musician, but there are also factors of luck and gifted talent involved.

Most of my classmates from Aeronautical Engineering took different career paths. I consider myself lucky to have the easy option of making a full time living out of my musical talents. My first pay, for instance, was RM3500 per month, which happened to be more than a typical engineering graduate which is RM2500 per month.

The problem, however, remains the fact that a musician’s income is fairly stagnant. When someone is in their early twenties, good looking, and energetic, the demographic is different from when that same person turns fifty. The income does not increase over time as you age in the industry.

The fact remains that one needs to compete with younger musicians who are willing to be paid much less than you. This is due to the reason that these young people may not have a family to feed, but by the time you are fifty, you definitely do.

Those of my classmates who decided to take the engineering path gradually climbed the corporate ladder, resulting in higher salaries. The most pay was given out to the senior engineers and managers compared to our struggling musician. This is definitely a better long term career.

However, like everything else, this option too has its downsides. The first being the fact that one has to trade five for two, i.e. working five days a week and only getting two days off on weekends. It is still selling time, however, it does make a brighter career prospect when one is working with a multinational company.

There are also a few of my classmates chose the entrepreneurial path. These people thrived in sales, found interest in startups, and worked a crazy load for the initial years of their business. A lot of this work involves building a brand image, creating positive outreach, getting clients, and making them stay.

Even though the workload is insane in the initial years, the returns begin to increase as the business matures and takes shape. They make more money and have the freedom as their businesses flourish.

Looking at myself, I am glad that I’ve learnt up selling skills and set to be an entrepreneur. My online businesses started to get traction after years of writing free content on my blog. Now, I love working only a few hours in the morning and get to enjoy my freedom for the rest of the day. This is definitely a better deal than the 9 to 5 jobs.

What should one be taking away from these stories?

First of all, there is no alternative to thinking long term when it comes to your career and investment options. Take a look at your present heroes. Ask yourself whether you would like to end up like them? When you are young and naïve, it might sound very appealing to be a travelling musician with nothing to tie you down.

However, as you gain maturity, your heroes are replaced by people who are successful in their professional and family lives- whatever profession they may be in. Also, think carefully about where you would like to be in the next ten, twenty, or thirty years down the road. Would you be happy being in that position?

The same rules apply for investment. You want to get into businesses and assets that you are sure will keep producing income, i.e. offer returns on investment in the next five, ten or twenty years and more…

To conclude, you would have to keep in mind that your priorities are going to change based on your marital status, presence of children, or when you approach retirement. The most successful people think long term before they make their next big move. It is time that you employed the same tactics in your life and your investment options.

« Previous Post A Detailed Investment Research on Jaycorp Berhad Next Post » 2017….What Should You Do With Your Money?