I watched a new TV show called “Extreme Cheapskates” which debuted recently on the TLC channel. It features people who go to extreme measures in order to save money. These people bring the meaning of frugal to a new height. Most of the practices shown are not what I would be willing to do in my own life. 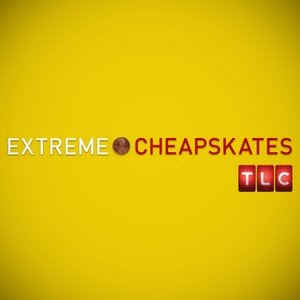 For instance, “dumpster diving” to look for food. Over here, it is almost certain that you will only find rotten food inside a thrash can. In our hot and humid weather, food does not last long without proper refrigeration. On top of that, the way our thrash or garbage is handled, I can guarantee that you do not want to go near a dumpster. The smell alone will most definitely keep you away.

Would you want to eat a stranger’s leftover food? If you have the guts, you can pick on food leftover by other customers at the place you happen to be dining at. Thus, you can be sure to have a variety of food to feast on. This is certainly not for me. I believe that most people would rather consume cheap and unhealthy food like instant noodles rather than eat a stranger’s leftovers or any findings from the dumpster. A packet of plain fried noodles which costs about RM1 also makes a much preferable meal.

How about saving money by purchasing food that has expired? This is what a family does to save money on groceries. Yes, it is cheap but I feel this is a risky practice. I am very particular about purchasing food and make it a habit of checking the expiry date of each item. I had a bad experience once of purchasing a food product that was near to its expiry date. When I opened the packaging at home, the flour coated chicken was giving a bad smell already. What a waste of money that was. So, this is something I would surely avoid.

Another interesting practice featured is “bartering.” A person barters his services or skills to get something else that he needs. In the show, a guy manages to get a free haircut in exchange for cleaning up the owner’s hair saloon. I think, in order to make this process work, the other party has to be receptive and accepts your offer of a trade-off, in short a win-win situation.

One person’s cheapskate behavior may seem weird to another person. However, I won’t be surprise to find out if you have your own individual practices of being a cheapskate. A cheapskate is basically someone who avoids spending money or does something as “cheaply” as possible. My own cheapskate practices are to dilute liquid soap before using and to use a teabag at least three times before I throw it away.

I do not attach a negative meaning to the word cheapskate. I also do not view another person negatively for being a cheapskate. The only time I see it as bad is when it affects the person’s or his family’s wellbeing. A person or a family may practice cheapskate behaviors out of necessity and has to go to extreme ways to save money. On the other hand, there are some people who actually love to save money and hence practice a cheapskate living.

What are your own “cheapskate” practices?

Jacquelyn is the co-author of the books “Teaching Your Kids About Money” and “Top 93 Personal Finance FAQs in Malaysia” with KC Lau. Jacquelyn is the pseudonym used by Amy Sipagal.