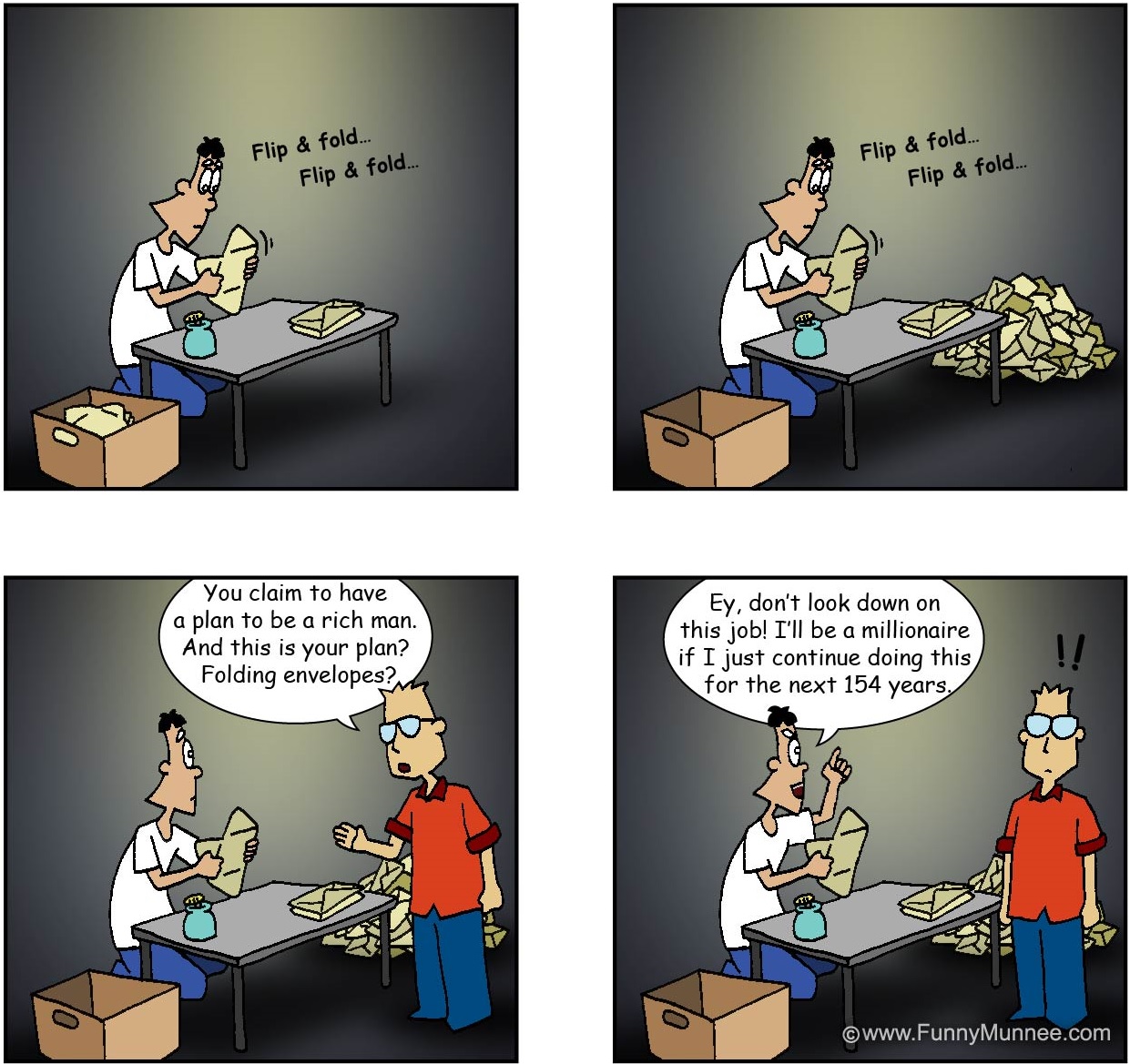 Work smart Not Hard Vs Work smart And hard. Which one is a more effective mentality?

Unfortunate Munnee seems to have gotten it wrong. That is what the majority would suggest from the look of things. You have your goals and a plan to follow so that you achieve those goals. Well if that is the case then Munnee seems to be on the right track! Over the years you have gone through a system that bluntly taught you that those who always work smart achieve more than those who work hard. Isn’t it? Have you ever thought about incorporating the two mentalities “Work Hard And Smart?”

What do you think would be a more appealing and effective mantra?

To be honest, it is more engraved in the majority of the people’s minds that it is better to work Smarter than Harder. I am pretty sure you have somehow encountered this mantra somewhere. Let it be at seminars, webinars, talk shows, motivational talks and so on. Some prominent people think otherwise and I think they do have some valid reasons why they think so.

Mike Rowe for example from the prominent TV program “Dirty Jobs” believes that the mantra of “Work Smart Not Hard” is the opposite of the attitude people need to beat this unreliable economy.

This mantra became a trend which later on affected the workforce. Everyone gets into colleges with the goal of excelling then later on going out to look for the few and highly competitive jobs. All the jobs these university graduates seek are what we call white collar jobs.

To most, if they were given options to choose from they would choose the route of the univerity-white collar job rather the vocational-blue collar jobs. Reason is simple, you grew up knowing that it is the most decent and smart way of earning a living.

How about the vocational/technical school route? Often these schools are passed off as “alternative education” and “vocational consolation” for those who were not good enough for college or university. Not only by the students but also the authority. You must have noticed a great reduction of vocational/technical schools over the years. The power of the mighty universities feeds off the the failure of the vocational schools. Sadly these schools are soon becoming extinct.

People from vocational schools can earn a decent salary or even better compared to the white collar jobs. Such careers include aircraft mechanics and service technicians, rotary drill operators (oil and gas) and many more. Careers for Vocational school jobs do not necessarily have to be so hard and tiring! It is a matter of working smart in whatever career you are involved in.

Malaysia as a country alone has a surplus of blue collar jobs. These jobs are just looked down upon by the Malaysian citizens hence contracting foreign workers. This implies that Malaysians are more interested in the white collar jobs rather than the blue collar jobs. This has created a skills gap in the economy.

As a matter of fact the majority of parents would rather have their children take up the big PTPTN loans to finance their studies at university as opposed to joining the old traditional vocational schools. What a shame!

As of August-2013, the National Higher Education Fund Corporation (PTPTN) is going to work hand in hand with Bank Negara to list PTPTN loan defaulters under the Central Credit reference Information System. This means that PTPTN loan defaulters will not be able to acquire various loans such as home and car loans from banks countrywide.

Here is the moral of the story. “Work Smart Not Hard” is not a basic mantra that has been engraved in your brain, it is rather a belief now. It is also possible that this is very bad advice because it creates a stereotype within the two career lines that is to say white collar jobs and blue collar jobs. More students will continue borrowing money to study for jobs that no longer exist.

It is however never too late to correct this wrong mentality from “Work Smart Not Hard” to
“WORK SMART AND HARD”. Working smart will only get you so far but to be top of the chain of the workforce (CEO or C-level executives), you need to work Smart And Hard. I think it is agreeable that later mantra closes the gap between the two career lines and jobs. Don’t you wonder how one single word can change the meaning of an entire sentence?

Farouk Kaddu
« Previous Post What is Future Contracts and How Do You Trade in Malaysia? Next Post » Why You Should Buy Your Dream Gadget with Installment, Too!