On the surface if you look at the record, surely there are more corrupt leaders in so-called 2nd or 3rd world countries. Leaders in jail etc… Chen Sui Bian in prison, Thaksin exiled, Yingluck banned from politics… etc. 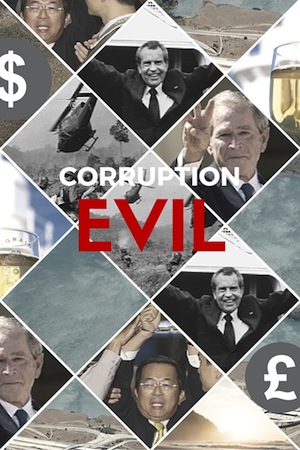 Do you see any in the West? No! So they are clean??? It only means no matter what parties they are from, Labour or Tory, Democrats or Republicans, Liberal or Labour, they all had the same bosses/king makers behind.

And the people had no clue what the hell is going on and they think their world is first world, clean world, a truly democratic and fair world.

Welcome to the real world which most of us know nothing about. When we do not know we are being enslaved, there is no way we can become free!

This article was written by Ken Soong (co-author of Migrating to Australia Good Meh???, Buying a Residential Property in Australia: Eight Things You Should Know Before Doing It and Making It in Australia).

2 replies to "Who Is More Corrupt?"