Today we have an interesting email from a reader, Kent Liew, who believes in investing properties. He would like to share his ideas and plans for his future income by buying properties and appreciates any feedback from other readers.

Kent claims himself as regular guy, however ambitious and puts a high hope in his investment through properties. Over the years, Kent has built up his investment portfolio through running small businesses, and turned property agent, so that he can learn more about properties. It began in 2012 when Kent started to purchase a property… 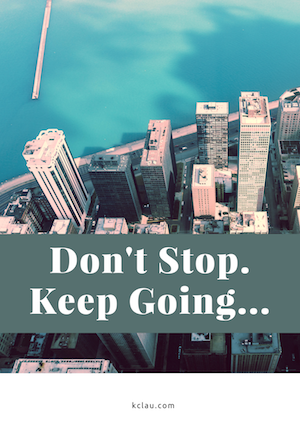 I bought my first property in 2012. It was a studio with 484sqf in Palazio Service Apartment, Johor Bahru. I was jumping up and down as I believed I bought it at a good price with JUST RM2k deposit with DLBS, however my family did not share the same thought.

Who knows with deposit that low, I can own a RM135k property. It was not an easy decision and I was struggling to convince my parents and the people who are close to me that this was the right decision, because a double storey was only RM400K at the time. A lot of discussion then, was on how should I manage my money by buying the right property for a certain purpose.

They were right to think that I could not live with my family in such small studio, and furthermore that was my first property. In their view, I should be getting a house, a terrace where my family and I can settle down. Being a stubborn person and adamant about creating a cash flow through my studio, I went ahead and purchased the small, ‘controversial’ property.

Being defiant the first time, had somehow developed a certain courage within me to believe in my instinct and to use what I know as property agent and invest in property further. Despite constant objection from my wife, I went ahead and bought another 1+1 bedroom apartment in Larkin, which was RM200K back then. I thought it was a good deal as I only have to fork out RM3K deposit and pay the rest of the loan through rental.

However, my wife did not agree peacefully as she was constantly worrying about serving the loan if there was no tenant. I believed that we need to be optimistic otherwise we will not risk anything for better income. Much later, I managed to convince her that the decision was a calculated risk considering the location and the situation of the area.

Part of me agreed with my wife’s concern but I had reasons to believe that everything is going to be ok. Lucky enough for me the first studio I purchased appreciates to RM200K, and the latter has increased in value to RM280K. Both are now rented at RM1200 and RM1400 respectively leaving me breathing comfortably and more importantly I have no argument with my other half!

I am not going to stop here, I am planning to buy further into investment properties. I have taken into consideration before purchasing, property price will increase due to inflation, labour costs, currency and more.

We remain neutral with this plan because we believe that investing properties is not a child play. There are lot of money involves and many important aspects have to be measured before investing. We would like to congratulate Kent Lieu for his awesomeness and good luck in buying properties, however, we appreciates feedback in the comment below to discuss whether such decision is suitable in this current economic situation.