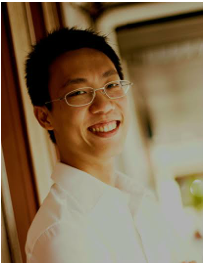 Loanstreet is a website which provides easy tools to compare loans, a very useful site with a very helpful customer service. Jared Lim, founder of Loanstreet revealed in this interview how he started loanstreet and what are the hopes for future. A true story of a young entrepreneur who started a business to make other people’s live easy.

How did the idea to start LoanStreet come about, was it through experience, that you think your “service” will be helpful to others? What was the main thing behind LoanStreet?

In Q4 2009, my family was under duress and we had to sell our home quickly to cover a portion of debt repayments. I purchased a basic apartment in a hurry, in case we found ourselves out of a home. It was a really tough time for us and had a major impact on my life until today.

Additionally, work life was also extremely stressful for me which meant I had no time or presence of mind to slowly research. Having to enter into a rushed first time home purchase, I was afraid and uncertain. And online resources then fell short. I wished for a website and service like Loanstreet.

After the dust settled, I quit my job to join eBworx (IT solutions to banks) as a consultant. I learnt about banks’ side of the equation, which convinced me of the viability of such a model.

Was it difficult to start LoanStreet, any difficulties perhaps along the way in making LoanStreet a success?

I approached Robin in April 2010, with the first proposal. By October, we had incorporated with 2 other partners. I had a personal savings goal which I rebuilt in 2 years. In the meanwhile, I worked on it part time and engaged a vendor to build the first minimal working version. After I hit my savings goal, I came out in March 2012 to work on it full time and launched in July 2012.

Barely 1 month after we launched, our only other working partner left us. As the only working partner left, in the mornings we would do business development, pitching, afternoon we would work on customer service and at night time, we would focus on programming. All of this was very personally taxing.

Initial pitching for funds were fruitless. I decided to double down and bootstrap. We made the first stream of revenue in December 2012. By then, we hired our first staff. 4 months of consistent revenues followed. We then decided to pitch to Accelerator fund. They were receptive. So we received funding at the end of August 2013.

How long did it take to put LoanStreet together?
Well, depends on what you mean by together. It has been quite a journey. We aren’t over the hill yet.

Is your qualification/academic/training has anything to do with what you are doing today or helped in any way?
I studied IT. So that helps since ours is a tech enabled product.

There are other loan comparison site such as iMoney.my and CompareHero,my. How does LoanStreet compare to other financial websites?
On the website, our niche and speciality is in credit related matters. Comparehero and iMoney being broad category aggregators would overlap in certain areas with us. But behind the scenes, we are very different animals. E.g., We are not sales driven (outsource sales agencies). We just ensure customers get the best impartial advice from us before being put through directly to the banks themselves.

In fact, speaking of speciality, we have highly specialized B2C services that not many know of. Eg:

4) Even clarifications and updates to CTOS, especially for Businessmen

If you want specialists, none are on par with Loanstreet.

What measures were taken to ensure LoanStreet is different to the competitor, if any?

Our ethos and focus has always been about being technically competent, and to build up a strong fulfilment capacity.

We eschew being a sales driven organization. Neither are we the type to overemphasize on only the marketing aspects of running a B2C business. We believe this sets us in stark contrast with others, and the differences should become apparent in due course.

What business model that LoanStreet is based on?
We started with referral based cost per acquisition. We’re now diversified into multiple other revenue sources including bespoke services, and owing to the popularity of our website, the occasional ad campaigns.

Is there any statistics/ quantitative feedback to measure LoanStreet “helpfulness”?
For our online loan applications (which are free for consumers), the anecdotal feedback speaks for itself. We don’t have it statistically, but it’s safe to say good feedback outweighs the bad by a big big big margin. We’ve also had bad feedback for sure. But we are encouraged that most of them are constructive rather than spiteful in nature. We learn from these feedback.

For our content and tools, we do have a following. In fact some of our fans can be quite fervent. We are working to expand our repertoire of financial tools, and also to come up with more relevant and educational content for the Malaysian public.

Additionally, we’ve been invited to speak / lecture at NAPIC – JPPH internal training and closed-door REHDA events which has been very flattering for us.

In term of revenue, profit margin and growth rate, how is LoanStreet doing so far?
We apologize that for competitive reasons, we will not reveal too much of the financials.
Traffic has been growing healthily, though it is not at the level of some of our competitors as we do not feature products such as Credit Cards or Deposits on our site which are high traffic keywords.

What will be the next move for LoanStreet?
A site revamp in the near future, and a harder push to include other consumer finance products including marketing efforts (which honestly, we have been less focused on).

Usually, when one business model is successful, the copycat will mushroom quickly, what is your plan to keep LoanStreet ahead?
To out-innovate others is the only sure way of survival. On that note, Loanstreet is already working towards the rollout of a significant new product before the year is up.

How do you picture LoanStreet, in 5, 10 years?
We hope to be the largest distribution channel of select credit products to banks in Malaysia, and to help certain parts of the industry value chain discover the benefits of a brave new collaborative digital age.

For Premium Webinar Members, you can watch the webinar featuring Jared Lim, sharing some insider tips on how much can you borrow based on your Debt Service Ratio (DSR).

1 Response to "Jared Lim of the Loanstreet, everything you need to know about loans"