In the 2003 letter’s to Amazon’s shareholders, Jeff Bezos wrote about the story of his friends renting out their home. The family who moved in nailed a Christmas tree to the hardwood floor instead of using a tree stand. For sure, a homeowner wouldn’t be so short-sighted to do that kind of damage to his own house. I’ll definitely not do that to my own house, ever.

Year after year, this Amazon’s founder has shared a lot of his wisdom about long-term thinking, which explains how he built Amazon to become a trillion-dollar company. As a result, he became the richest person and created billions of wealth for Amazon’s shareholders.

In this post, we will explore the things that happened in Amazon. On many occasions, they decided to forgo the short-term gain; but reap long-term benefits that grow the book-seller to become a giant tech company. And most importantly, how we can apply it in our life, our careers and businesses.

#1. Amazon dramatically lowered prices to offer the best value for customers who buy from them.

In 2002, they did research on the top 100 bestselling books in various categories. Customers could buy these 100 titles at $1561 at a major physical bookstore chain. But at Amazon.com, the same books cost $1195 for a total savings of $366, or 23 per cent. Although the company is forgoing the short-term higher margin of profits, they gain loyal customers who buy again and again.

In Bezos’ own words, “Increased volumes take time to materialise, and price reductions almost always hurt current results. In the long term, however, relentlessly driving the “price-cost structure loop” will leave us with a stronger, more valuable business.”

During my time residing in the United States, Amazon’s Prime credit card is the first that I applied to enjoy a 5% rebate on all purchases on Amazon.com. Coupled with all the benefits we get as an Amazon Prime member, such as the Free Two-day Delivery shipping, and sometimes One-day or even Same-Day free shipping, Prime Video and Prime Music, and Prime Day!

Well, this is not an advertisement, and Amazon didn’t sponsor this video. However, I benefit as an Amazon’s shareholder if you use any of Amazon’s products and services.

When they first launched it in 1995, some vendors complained. It didn’t make sense at that time. Why would sellers allow negative reviews to be displayed publicly? Negative reviews decrease sales in the short term. But helping customers make better decisions turn out to be the right move! And now it has become a standard practice of many e-commerce stores to display the reviews of products, even the negative ones.

#3. In 2000, Amazon invited third parties to compete directly against their offering on their product detail pages.

That seems like a risky move to put a single detail page for both Amazon retail and third-party items. Many people worried it would cannibalise Amazon’s retail business. But they did it anyway because Bezos’ judgement was “if a third party could offer a better price or availability, then the customers should get easy access to that offer.”

Again, this is another move of forgoing the short-term benefits. Instead, when customers win, the business wins in the long term. In 2020, Amazon’s third-party marketplace accounted for roughly 60% of its total gross merchandise value, up from 6% back in 2000.

Four years before the birth of Kindle, the e-reader in 2007, the Bezos team had a long-term vision: every book, ever printed, in any language, all available in less than 60 seconds.

That’s a customer experience they envisioned back then. At that time, Amazon had never designed or built a hardware device. Based on that long-term vision, they hired many talented hardware engineers, developed new skills, and went out of their competency zone. That was all based on a long-term goal of providing that customer experience in real life. Now, with a Kindle reader, you can actually get your hands on every book, ever printed, in any language, all available in a minute.

As a result, they received thousands of feedback emails from customers about Kindle, and remarkably 26% of them contain the word “love”!

When Bezos have a good quarterly conference call with Wall Street, people will stop him and say, “Congratulations on your quarter”. When he says ‘Thank you’, what he’s really thinking is that the quarter was baked three years ago. That shows that he always thinks three years out!

Wouldn’t we be foolish not to follow the same approach?

Over the years, I’ve personally encountered many cases of people making short-sighted decisions and giving up the long-term benefits.

The first example, if you are a parent, do you notice that your kids usually opt for instant gratification when given a choice? If your son loves candy, You can try this: give him a piece of candy now that comes with a challenge. If he can resist eating it until tomorrow, you will provide him with two extra candies then.

I once tried it on my son, the candy was gone almost instantly.

Second example – I once talked to a guy who said he gave up on his promotion to become a supervisor. The reason is that he was a technician at that time. And he was getting paid more for overtime at work. But as a supervisor, he could no longer claim OT compensation.

He didn’t realise that the decision had hindered his career advancement because he couldn’t give up on the temporary higher pay for trading his times.

Another example is commonly seen in the stock market. When you buy a stock that is performing well and increased 20% in a few months, would you feel the urge to sell it and lock the gain?

But then, later, its stock price kept going up through the roof.

Countless shareholders of Apple, Amazon, Google and Berkshire sold their stocks too early. None of the shareholders of these world-class companies will ever lose any money, if they’ve kept these stocks over 10 years, doing nothing and just ignoring all the noise in the market.

What I did based on Long-term Thinking:

Let me share a bit of some decisions I made in my own business dealings, that’s also based on long-term thinking.

There is a policy that I always adhere to – the refund policy. I always provide 30-60 days full refund guarantee for my products. And whenever someone asks for it, I never make it difficult for them to get it back. The refund will be processed first. Only then I asked for their feedback on how we can do better. There was a time a customer asked for a refund after 80 days, and I still honoured it without question asked.

My thought process is that if a customer doesn’t get value from my products for whatever reason, it could be his own issues and has nothing to do with the product quality; he simply wishes to end the relationship. And a full refund is the best outcome my customer would get. I would happily give up the short-term profit and absorb the refund transaction costs rather than having a long-lasting sour relationship. Who knows it would come back to bite me in the future?

I took a step further on my Money Smart book. If you read the introduction, you will find that I offer a personal 10-year refund period. If you see no value after reading the book, just ship it back to me with your proof of purchase to receive a full refund. When I faced a challenge and the risk of getting a refund, which is as long as 10 years, what made it into the book content is crucial. I have to make sure that the content has to be valuable and practical for the next ten years, at a bare minimum.

That’s a way for me to also encourage readers to think long-term too. Many money practices and financial habits only yield results if you stick to them long enough. Stop chasing the dream to get rich quickly, strike a lottery, and make a big bet on complicated financial derivatives. Rome is not built in one day. You should look at wealth-building like constructing the China Great Wall, not a sandcastle.

What you should do now…

Please promise to do this – if you can think three years out before you finalise a decision, especially the big ones, you will see big differences in your life.

Consider how it will turn out in three years. Then make your decisions based on the end in mind.

I believe you won’t simply pick someone to be your spouse, who will be your lifetime partner. Have the same mindset as choosing a spouse for all your other significant decisions.

That’s how Bezos makes decisions every day to build the mighty Amazon. He said if he makes “three good decisions a day, that’s enough, and they should just be as high quality as I can make them.”

Tell me in the comment. Write “I would practise long-term thinking” to participate in the book giveaway. I will pick a lucky winner to receive the book Money Smart. If you want a higher chance of winning the book, elaborate on a major decision you need to make and how you think three years ahead.

Be smarter with money. 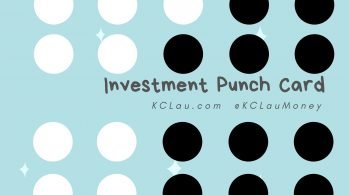 4 Simple Steps to Get Started Investing in Art 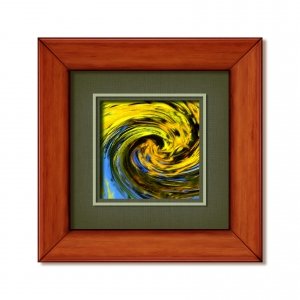 4 Simple Steps to Get Started Investing in Art

The Teenage Investor: How to start early, invest often, and build wealth

The Teenage Investor: How to start early, invest often, and build wealth