With over 550 funds from 39 fund houses, choosing the right fund can be daunting. That’s why I always receive emails from readers asking which fund is worth investing. I simply can’t answer you because how am I going to recommend any fund without researching all 550 funds? We should leave this job to the expert, who are paid to do the research full time.

Fundsupermart.com (FSM) has released their Recommended Funds 2010 list by evaluating the funds in areas such as Performance, Expense Ratio and Risks.

They give Performance a 40 – 60% weighting since the profit-making abilities of the fund manager is the most important factor. The returns are evaluated against benchmarks and peer group averages within similar sectors and regions

FSM also evaluates the returns over various time periods, including both good and bad times, to check for performance consistency. Funds have to be at least 3 years old before FSM considers them.

FSM places a weighting of 20-30% each in Expense Ratio and Risks in order to evaluate whether the higher fees and additional risks are commensurate with returns.

Every recommendation is supported by reasons

You can head over to this list of recommended funds. FSM elaborate the reasons they recommend a particular unit trust fund.

For example, they recommended AmDynamic Bond because:

How to invest unit trust with Fundsupermart?

Disclaimer:
This article is not to be construed as an invitation or solicitation for the subscription, purchase or sale of any fund. Investments involve risks. Investors should read the fund’s prospectus and if necessary, consult with financial or other professional advisers.

« Previous Post Investing for Cash Flow vs. Capital Gain Next Post » Mathematics of Life: A Small Truth that makes life 100% 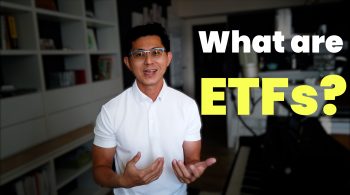