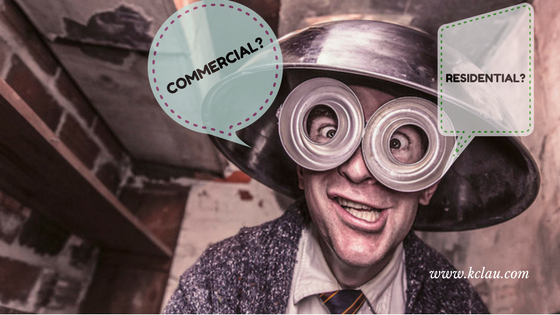 There is BIG MONEY to be made in Commercial Properties.

Every day, we spend a significant part of our day being in various commercial buildings. For instance, some of us work in an office. We have coffee in Starbucks and work out regularly in a gym.

In recent times, we have a high regard for being convenient. It is our culture to travel less and do more in a single location. Thus, it helps to explain why shopping malls, commercial centres and mixed developments are increasingly popular as a destination for work and play.

As I write, landlords who own these properties are receiving tonnes of cash flowing into their bank accounts as they are compensated for the usages of their real estates. In this article, I’ll share five quick reasons of investing in commercial properties.

For a start, several factors contribute to the price appreciation of a commercial property. One of them is location. Based on the National Property Information Centre (NAPIC), the Petaling District has been the largest commercial real estate market in Selangor for the past ten years.

a. In Q3 2007, the Petaling District has recorded RM 865.42 Million or 65.3% of total commercial property transactions in Selangor.

The rising dominance of the Petaling District in Selangor’s commercial property market is expected to continue because:

a. Connectivity
The Petaling District is the most developed in terms of the transportation system in Selangor. It is connected by a dozen of MRT & LRT stations and several major highways such as KESAS, LKSA, Elite, LDP, NKVE and the Federal Highway.

c. Urbanization
Evidently, the Petaling District has become increasingly urbanised over the past decade. It is increasingly vibrant with the establishment of more shopping malls, colleges, universities, hospitals, and other commercial centres.

Which of the two properties can you generate higher rental income from?

Most likely, it is the shop-lot over a charming bungalow.

Instead of a tenant, a landlord can derive multiple streams of income from renting spaces of his shop-lot to several tenants.

For example, spaces on the ground floor can be rented out to retail operators such as grocery stores, banks, and a variety of food & beverage operators. Meanwhile, spaces at the first, second and the third floor can be rented out as offices to different business owners. To name a few, they include law firms, insurance agencies, smaller boutiques and administrative offices.

In general, commercial property investors would expect a better rental yield per annum from their investment in shop-lots, compared to the landed residential properties. The rental income helps to service the mortgage and pay for the associated maintenance costs.

Question:
What is my ROI from investing in a Commercial Property?

Answer:
It depends on how much you want it to be.

The subdivision is a popular method frequently used by savvy property investors.
There are many advantages of dividing spaces of a commercial property which include:

a. Firstly, it makes a property more affordable to a wider pool of tenants.

b. Secondly, it spreads out the risk of vacancy.

c. Thirdly, it brings additional income to the landlord.

For example, a landlord owns 1,800 sq. ft. of retail spaces. He may choose to rent it out for RM 5,400 a month. Alternatively, he may divide the area into two portions measuring 900 sq. ft. each. Then, he may rent them out to two separate tenants for RM 3,000 a month each and thus, receiving RM 6,000 a month in rental income. It is 11% increase in revenue from the same piece of property.

It is common for landlords to rent out spaces of commercial properties unfurnished.

This is because tenants will renovate and furnish their premises to suit their business needs. For instance, if a landlord secures Starbucks as his tenant, Starbucks will decide on the overall design of both the interior and exterior of the property. Starbucks will be hiring their own contractors to set up their outlets.

Besides, Starbucks has a vested interest in keeping its premises in tip-top condition. They want coffee drinkers to keep patronising their outlets. After all, Starbucks has a brand to protect as their reputation is at stake.

Overall, there is minimal involvement from the landlord. However, the landlord benefits greatly as Starbucks has turned a bare unit into a nicely-renovated, well-furnished and highly-attractive commercial property.

a. They lose their investment capital.
Most business owners have invested capital in renovating and furnishing their business premises. Their investments will become worthless if they are required to move out.

b. Potential Loss of Regular Customers
This applies especially to businesses which rely heavily on ‘walk-in’ customers. A change in business location may lead to possible loss of its regular customers.

c. It costs money to relocate.
It is a hassle and costly for a business owner to relocate his business. It affects many things from finding a new premise to renovating it, transporting inventories, and redoing multiple advertising and promotional materials such as flyers, banners, posters, signboards and even business cards.

As I write, the Petaling District remains the largest and the most active commercial property market in Selangor. In addition to matured townships, there are several developments in the pipeline which is designed to attract a generation who is vibrant, trendy and treasures the conveniences of modern-living.

Sekitar26 Enterprise is just one of the few developments located within the Petaling District. This project is easily accessible via six major highways which include KESAS, LKSA, Elite, LDP, NPE, and Federal Highway.

If you are interested in inquiring more about Sekitar26 Enterprise, please kindly sign-up the interest form below:


Find Out More about Sekitar26 Enterprise.

This article is sponsored by Paramount Property, an award-winning developer with more than 35 years of proven track record in the property development industry in Malaysia. Some of their other notable projects include Paramount Utropolis in Glenmarie, Greenwoods in Salak Perdana, Kemuning Utama in Shah Alam, and Sejati Residences in Cyberjaya.

2 replies to "5 Quick Reasons to Invest in Commercial Properties"