A glimpse at the recent Thomas Cup, while everyone is heated up with The World Cup. Certain things worth remembering.

The recent Thomas Cup event was more than just a badminton match. So much was at stake. We definitely needed the Cup more than the Japanese. Badminton to Malaysians is like Karate or Judo to the Japanese, Tango to the Argentines or football to the Brazilians … the list goes on… cigars to the Cubans, Muay Thai to the Thais… etc. 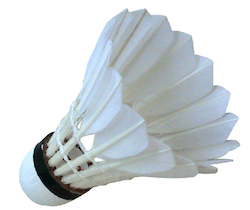 Personally, it brought back so much memories of home, family, youth and my loved ones. The night we brought back the Cup in 1992 was such an important national event cutting across all racial, political and social class divides. It was the epitome of the Malaysian Dream.

In a racially controversial climate, badminton is one of the most effective vehicles of social mobility. If you can make it in badminton in Malaysia, you can overcome all the obstacles you will face while climbing your ladder of success.

In that sense, just the fact that our Malaysian Team made it to the final is in itself a great national achievement. I am sure, the whole nation (while glued to their TV sets) had for the duration of the entire final match, put aside their differences to rally for our young chaps. So much has happened since 1992 and 2002. I am glad we still have it as a nation to come together under crucial circumstances.

For those who played in their first Thomas Cup finals, I say they have done well, and have earned their stripes. Thanks for going into the finals, boys.

Yes, we have lost. But we have lost with honor, pride and gusto. Yes, we have lost this time. But that will make our victory in 2016 even sweeter! This may sound like some philosophical nonsense, but it was definitely much easier for the Japanese to play than for us.

Our boys had the whole weight of the nation on their shoulders. The Japanese? I bet some of them have not even heard of Thomas Cup – Thomas who? Baseball maybe, but not badminton for them.

So it was not easy at all. What has happened has happened. Cannot turn back the clock. But if our boys can learn from their experiences, worked a lot harder, build up their mental strengths, improve their skills further, the next Cup will be ours for sure. We can even beat the Indonesians in a foreign land. That in itself is a great achievement also.

As a nation, it seems like we messed it up again, after 2002. Actually we are improving. We were not in the final in 2012, 2010, 2008, 2006 and 2004. As a team, it was the first time for some players to have reached the final. They have taken great strides! Lost the final – sad but after all the tears, get back up and face the future with steel-like determination. Be like cold steel, boys.

That was just a setback. But don’t forget, a setback is actually a set-up for a comeback. In short, this is character-building time. Make the best use of it and we will bring Thomas home once again after 24 years.

(Most people remember only victorious moments. Had Malaysia won the Thomas Cup on 25 May 2014, the entire nation will be talking about it for weeks. We have lost. Most non-badminton-fans will forget about the final three days later. But if we can make our victory as memorable as our failure, we will be more driven to do better until we win the).

This article written by Ken Soong (co-author of Migrating to Australia Good Meh??? published in 2013 and Making It in Australia: Stories from different walks of life to be published in late 2014) can be reached at khsoong@hotmail.com.

guestblogger
« Previous Post The Secrets to Be More Productive At Work Next Post » The Secret To No Claim Bonus in Medical Card, Is It For Real?