The new MAS CEO, Mr Christophe Mueller’s long interview as reported in the local newspaper is very impressive. Like all Malaysians, I hope his new strategy will succeed so that our Government will not need to waste tax payers’ money to support the airline anymore.

My intention of writing this piece is not to criticize the Government for the past mistakes but to help Mr Mueller to do his work more effectively.

About 2 years ago, I wrote and published the article “Why MAS Is Still Flying”. It is important and worthwhile to reiterate some of the points I mentioned in my article. Quote: The 1st quarter 2013 ending March shows that MAS lost Rm 279 million. In 2012, 2011 and 2010 the company lost Rm 433 million, Rm 2.424 billion and Rm 234 million respectively.

The recurring losses of MAS are a great mystery especially when they are compared with the performance of SIA. I972 Malaysia-Singapore Airlines (MSA) became MAS and SIA. In the last 10 years from 2002- 2011 SIA reported a total pre-tax profit of Singapore $13,992 million, averaging S$ 1.4 billion per year.

The most recent losses bring the total losses of MAS to at least over $3 billion. In any normal business, any company incurring large and sustained losses would have closed down or gone into bankruptcy.

I got the impression that Mr Mueller knows what lies ahead of MAS. He is taking a rational approach based on economic fundamentals.

One line of simplistic thinking is that there is a bright and profitable future for MAS since the number of air travelers continues to increase by about 5-7 percent per year.

But if you look at the history of airline industry profitability, this is not the case for airlines worldwide. The fact is the airline industry requires huge capital and produces poor returns on capital employed. Hence, year after year, many airlines produce poor profit margins or outright losses.

Why is it that an industry with year-on-year rises in sales cannot generate good returns to shareholders?

If, say, an airline route between two destinations is found to be reasonably profitable it is not long before new entrants move in or current airlines simply move their planes to this profitable route. 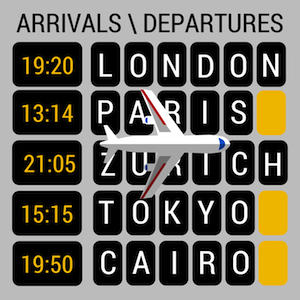 It is truly an industry governed by the principle of “survival of the fittest”.

The ego and elections factor

It would seem that every developing nation wanting to show off to the world its progress MUST have its own airline, regardless of the impact on an industry already grossly over-supplied, and regardless of whether they have the ability to manage efficiently. So there is a regular stream of announcements of new airline ventures. Now that Malaysia has also done it and failed dismally.

The next logical question to ask is why doesn’t the Malaysian government allow MAS to fold up or go under?

There are two main reasons: Firstly, the perennial optimism of managers and shareholders. “Just one more chunk of money will see us break through into profitability as we rout the opposition!” seems to be the credo of these parties based on their self and not national interest.

Secondly, there is government interference. This factor however is less found now as many governments have learnt not to come to the rescue of their airlines.

Malaysia has not learnt these lessons – initially for reasons of national pride tied to the ego of leaders but now increasingly apparently to save jobs and to prevent the retrenched employees from voting for the opposition. This may make sense politically but it is poor economics.

I hope this time the Government will let Mr Mueller a free hand to do his job. He said that he will soon issue 20,000 termination letters to MAS employees and re employ about 13,000 employees on new terms and conditions. He also said that he has to renegotiate 3779 contracts.

As I said, I am very impressed with his plan to overhaul MAS. I wish him luck.

This article is written by Koon Yew Yin.

guestblogger
« Previous Post The Secret Of Accumulating Wealth Through Share Market: An Important Investment lesson Next Post » How Can You Benefit From Comparing Transacted Sub-Sale Properties Prices?

2 replies to "Will A Complete Overhaul Save MAS This Time?"