Today, we have another reader, Mr. S.Kunasekharan sharing his experience in buying a property. Some might share his sentiment and some might not. However, it will be a good if we can share our thoughts at the end of the reading in the comment section so that we can learn from each other. 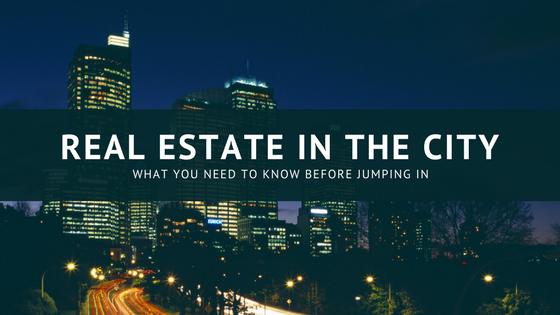 Graduating from UTM and landing a professional job in Singapore was a big leap for a boy coming from the plantations. So, I drove around looking for my dream home in Johor Bahru wishing to settle down with my girlfriend. Something caught my eye “Your Exclusive Living Experience”. Yes, that was what exactly I was looking for.

It was a show house for 2 towers of luxury suites promising a three (3) Tier security system and a benchmark for exclusive living experience. Most importantly, it was a project by a trustable and promising developer who has developed a prestigious township in Johor Bahru. As I have told you earlier, I am a kampong boy and sipping a cup of hot coffee by enjoying the view of the city centre from my condominium balcony was an experience that I would die for.

However, the price of my luxury suite was equivalent to the price of a landed property at that time. But could you imagine the safety standards of THREE different shields to your home which will be in an exclusive paradise located in the city centre of Johor Bahru. So, the deal was sealed and I left the place holding the hand of my girlfriend feeling accomplished.

We have been to the construction site countless times with many hopes and dreams to start a family. Finally, the day came after 4 years and I took the keys to my dream home together with my girlfriend who has become my wife now. So, we proudly drove to our super exclusive living experience luxurious suites which have a 3-tier security system.

The Beginning of Truth

The first slap came when we stepped into its compound. The three tier security systems was definitely state of the art as we just went through passing the guard post with no identification required, with no barriers into the lift lobby and with free access to any floors that we wanted when in the lift. That hit me hard as even the houses in the plantations had compounds that you cannot access as you wished.

Although we felt disappointed, we still moved in and continued to submit complains to the developer with the hope that it will improve soon. Many letters have been sent to the developer but none was answered by them. 7 months passed and none of the issues have been resolved.

Recently, the Bomba discovered that after about 7 months of occupancy, our fire water tanks were dried up and all the fire extinguishers had been removed from both blocks. So if a fire was to break, you may be hearing from the news that the residents of an exclusive living paradise from Johor Bahru have been roasted to death due to zero fire prevention actions by the developer.

The state of the art security system still remained the same allowing anyone to access into our compound. In addition, we also needed to be fearful of rain as the floors of this high rise building will be constantly flooded due to poor drainage system. Consequently, causing the water to flow into the lift areas and contributing to lift breakdowns. The hilarious parking beams is a separate joke and will never fail to stop you from opening the car door as they were built oversized and placed exactly inside your parking lot.

The neighbourhood is also pest friendly as the swimming pool continued to have frogs swimming in them and millipedes marching around. To my disgust, the developer did not provide the swimming pool with any lazy chairs and they actually placed 2 benches from the 70’s maybe when we complained for lazy chairs around the swimming pool. Besides, those economical Bunga Raya(s) which was the only plant planted, lacked fertilisation and refused to bloom.

Perhaps the cleaning services guy too have known somebody to get the job as he still gets paid even though he goes missing many days and use illegal immigrant workers who gets caught frequently. To sum up, the pathetic looking clubhouse has a television which its short wires could hardly even reach the plug point until today. My visitors have asked me a few times if the clubhouse was still under work as the environment of the clubhouse has no elements of a ready to use exclusive living clubhouse.

My worst nightmare came when it was revealed that this exclusive living dream home I bought was not a luxury suite but a certified medium cost apartment. Therefore, developer’s representative suggested us to behave like one and stop making irrelevant demands of exclusive living life. Being hurt and forgetting that we are living in Boleh Land, we went to meet the Vice President of the company to for seek justice, again hopeful just like in the Bollywood movies. The Vice President replied in a meeting with all residents “this is what you get for this price. You want more buy condo la”. Seriously? Boleh land has shown it colours again.

Feeling insulted and extremely hurt, I was living in trauma for some time reflecting if I was one being less smart and investing in a medium cost apartment for such a high price or the dream of boy who came all the way from the difficult life of plantations has been cheated. Committing to a RM400k loan for a strata building in Johor Bahru in the year 2012 is not what average medium class people do. Therefore, it was the dream of the plantation boy that has been cheated and shattered.

So, Welcome to Twin Residences, the exclusive living experience by Johor Land Berhad but definitely not so exclusive.

Disclaimer: The article published was written by the guest writer based on his experience and opinion solely. We shouldn’t be held liable for any defamation caused.

guestblogger
« Previous Post How Did I Lose My Money Online? Next Post » Finally … The Perfect Place to Start my Cafe

4 replies to "Your Exclusive Living Experience but Not So Exclusive"