No doubt, the office can be a challenging place to spend 8 hours a day, 5 days a week.

Dealing with bosses, colleagues, subordinates, customers and suppliers can cause an inordinate amount of stress and irritation. Sometimes, the level of stress and irritation gets to a point where we end up blurting out whatever is in our mind to whoever happens to be standing in front of us, even if the person is our boss, without filtering the comments first. The words just pop out of our mouths…. 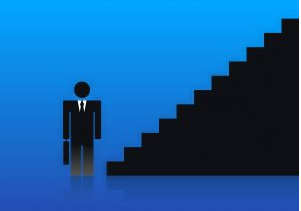 And then, we gradually notice ourselves being passed over for various benefits while our colleagues seem to be reaping all the rewards of our hard work. We can’t understand why they have been rewarded instead of us, and so feel dissatisfied and frustrated. We then blame the Management for favouritism and unfair practices at work.

But, before arriving at the above conclusion… let’s take a careful look at our own attitude and behavior in the office. Is it possible that something we have said or done over a period of time, has actually caused us to be the position that we now find ourselves in?

The reality is that the office environment s kind of like a giant game of snakes and ladders, where certain actions can take you “closer” to the finish line (in the form of positive performance appraisals, good increments, generous bonuses, prestigious promotions etc) and certain actions cause you to slide down the preference scale, to the bottom of the heap where you end up with next to nothing. Sometimes, the things we say in response to other people at work, can come back to haunt us.

How to get ahead and avoid the pitfalls? Here are some phrases, which, like the proverbial “Unforgiveable Curses” in the Harry Potter universe, should be avoided at all costs because of the dire consequences that ensue from their use:

“I’m too busy – I don’t have time for this”. Yes, we’ve all been there. It is VERY tempting to say this every time someone at the office tries to dump more work on you, without any increase in the resources available to you to complete it. There is no avoiding this scenario, as there will always be perennial conflict between the person attempting to delegate the task and the person attempting to avoid it.

However, at such times, it’s best to remind yourself that you are an employee and the person delegating to you, is your boss/manager. Whether you like it or not, you are there to assist that person, and the option to refuse the work is not really open to you (unless you don’t mind facing the consequences of outright refusal.)

Instead, try saying with a smile “Sure, I would love to help you with this. Currently, I’m working on x, y and z, all of which are due on [date]. Which of these projects would you like me to re-prioritise, in order to make room for the new one?” Such a response serves a twofold purpose of establishing your willingness to take on the task, while at the same time making it clear that your plate is already full.

“Hah, you see? I told you so!”Now let’s face it…no one likes hearing this. Regardless of the fact that the other person did in fact warn us about the very thing that has happened and we ignored the warning, we still don’t like hearing it, do we? So we can take it that this line does not work at all well in the office setting either, whether you are speaking to subordinates, colleagues or bosses.

When faced with a situation where something you predicted was ignored, and later did in fact come to pass just as you said it would, be gracious and resist the urge to gloat. Instead, respond with tactful phrases such as “Yes, I see that the earlier envisaged outcome has happened. Well, perhaps for now, we can do x y z to deal with the crisis, and in future, improve our processes in order to avoid future similar occurrences.

“No cannot change, we’ve always done it this way.” Change… why do we always try to resist it? Well, the answer lies in the fact that change usually, if not always, involves additional work for the stakeholders. Systems, processes, workflows, protocols, need to be re-designed in order to effect change. And most of the time, the response is a pure avoidance tactic – we would simply rather not put in the extra effort just to implement someone else’s vision.

However, it is not advisable to share such views; they are best kept to oneself. Any lack of enthusiasm in effecting change is usually perceived as a negative trait in the employee. Instead of trying to resist new systems and processes, take pains to come across your superiors as an enthusiastic change manager, while at the same time ensuring that all the operational details and corresponding obstacles that are likely to be faced, are communicated clearly in advance. 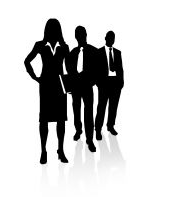 “That’s not my problem/that’s not my job/“I’m not paid enough to do that”. Employees often say this as a result of a fundamental conflict between themselves and their employers. At the very crux, the employee seeks to adequately balance the endless demands placed on him by his boss, with his personal and family life; while the employer seeks to get the maximum value out of the employee while expending the minimum resources.

Such a mindset is especially prevalent amongst SME’s. But while it may be very tempting to vocalize what is likely to be a true fact, the employee should never, ever say those words out loud. Employers do not like to hear them, and immediately brand employees who utter such words, as “non team-players”. (The problem is that so-called non-team players usually find themselves with a lower increment and bonus compared to their colleagues).

Instead, consciously make an effort to never say these words and instead look for a more subtle way of communicating in order to gracefully avoid the task.

Good luck – by avoiding the “unforgiveable curses” of the Office Kingdom, you should find that your quest to succeed is less fraught with obstacles! 🙂

« Previous Post The Secret To No Claim Bonus in Medical Card, Is It For Real? Next Post » Jared Lim of the Loanstreet, everything you need to know about loans